Recent Google Core Update: What’s it all about?

September 2019 has seen Google perform a third global update to its core algorithm this year. While the update was pre-announced by Google, it has raised questions about what it involved and how different it was to their most recent June update.
The Google September 2019 Core Update was applied globally, so the update covered all search indexes and included some changes to the core of Google’s ranking algorithm.
Although Google stresses that the update was rolled out on the 24th September, the company have not agreed to announce a completion date because they will be doing smaller updates continuously going forward.

Speculation over the changes

It is still too early yet to draw any sound conclusions over how the latest update has affected the masses, but just like the previous Core Update performed in June, it has failed to show any consistent trend – yet!
However, some reports are coming in from SEO and Twitter authority voices stating that a wide range of websites dealing with healthcare and financial services have been affected.
As mentioned earlier, Google will continue its fine algorithm adjustments going forward for consumer issues dealing with health and money. But as with any update analysis, any changes to web rankings and visibility are not always caused directly by these updates.

What should webmasters do now?

Google published a blog post on its Webmaster Blog in advance of the September Core Update to explain which changes would be made to the algorithm and what webmasters and SEO experts could do to rectify any changes made by the update.
The Core Update was aimed at improving the evaluation of web content, so as long as sites “haven’t violated [Google’s] webmaster guidelines nor been subjected to a manual or algorithmic action” then you shouldn’t have been negatively affected by the update.
In fact, according to Google, the update was meant to help sites that were previously unfairly overlooked to now rank better (and vice versa). So in a way, Google is trying to make a more fair and equal landscape for everyone. The advice that Google has offered to webmasters and SEOs is to focus on ensuring you are offering the best content you can.

It seems to be the case that Google is still focusing on ensuring that websites get ranked for offering consistent quality content. The best way forward for webmasters is to ensure that websites offer original, high-quality content that isn’t just copied and pasted from somewhere else.
For webmasters looking at utilising the latest algorithm update it would pay to focus on

Look at your website in the same way that Google does

You may have spent months or even years building and refining your website. It can be very difficult to take a step back to look at your site with a critical eye because you are so familiar with it.
However, when you look at your website in the same way that Google does, you may discover aspects that will need some work and actually take advantage of the new update.
While there isn’t any hard and fast critical advice coming from Google about what webmasters should do following any of their Core Updates, the general rule is to look at the reasons why Google are performing their algorithmic changes and what results they expect to see from them.

If you can answer these questions and look at keeping your focus on the quality of the content you offer, then you are doing all that you can. 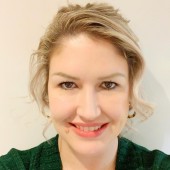 All stories by: Claire Archer-Davis
We use cookies on our website to give you the most relevant experience by remembering your preferences and repeat visits. By clicking “Accept”, you consent to the use of ALL the cookies.
Cookie settingsACCEPT
Manage consent