The four lessons I learned from Glastonbury

This time last week, myself and Claire had just woken up having spent Thursday evening at Glastonbury Festival.

Claire had been before back in 2011 but this was my first time, and having purchased tickets in October 2019 only to then see the festival cancelled in 2020 and 2021, my excitement on arriving at Worthy Farm on Thursday afternoon was palpable, not least because I’m a MASSIVE fan of the Pet Shop Boys, Sunday night headliners and the first band I ever saw live as a synth-pop loving 11 year old.

The scene was most definitely set and not one second of the weekend disappointed (even the rain was welcome when it arrived!) – it was a dream come true and lived up to every single expectation that I’d built up across the previous 30 months since the tickets were purchased.

Having spent the last few days adjusting back to the reality of real life, a couple of things dawned on me in relation to the success of the festival, why it’s been so successful for so long and why a million people a year apply for tickets.

Firstly, it moves with the times and it always has.

Starting off as a folk festival, it’s manifested itself many times over the years and in recent times has seen hip-hop artists headline alongside established indie and rock acts on the main stages.

This means that it stays current, fresh and relevant despite its age and reputation, and it sets itself up for future incarnations in the process.

It also makes the headlines every year when the line-up is announced which means loads of free PR and advertising – it’s become the most-talked about festival in the world as a result, they spend little if no money at all on marketing or advertising, it just takes care of itself.

It’s a business at the end of the day. In the same way that Apple moved from computers to smartphones to watches, and Amazon moved from books to er… everything, Glastonbury knows that it’s not going to sell 200,000 tickets to a folk festival.

Secondly and on a similar note, they know their audience.

The headline acts dominate of course, but there’s still something there for everyone.

And it’s not cheap – including booking fees and parking, it’s the best part of £350 for a basic ticket. But that works in its favour as combined with the the line-up it attracts an audience who are serious about being there. It’s family-friendly and there’s an unbelievable choice of food, drink and things to do when you’re there. It blew my mind.

I’ve been to most of the major festivals and the same can be said of all of them. We no longer go to Reading Festival as we’ve simply outgrown it – it’s now dominated by the under-20s audience (our daughter is going for the first time in a few weeks – 😬) and as such we not only no longer feel welcome there but aside from a few bands that our kids cringe at us for liking, we don’t want to pay £7 for a point of watered down beer or £9 for sausage and mash in a Yorkshire pud – we’re much more civilised these days 😊.

So at Glasto, we’re surrounded by like-minded people and that’s of course part of the appeal.

It’s a good idea to think about your product / service, who’s buying it and how you can aim it at / resonate it with an audience of similar people who might also be interested. It’s never been easier to use FB / Google ads to reach your perfect chosen demographic.

To camp ‘normally’ at the festival, you need to get there on the Wednesday to make sure you’ve secured a decent pitch and that you’re not trying to sleep vertically on the side of a hill for five nights.

Any later than that and you’re in real trouble – especially if it’s muddy!

This wasn’t a risk we were prepared to take and as we originally got tickets to celebrate Claire turning 40, we splashed out on a pre-assembled teepee in a place called Tangerine Fields, on the periphery of the festival. This meant we got to park in a dedicated car park, with a 100 yard walk to the festival and a tent waiting for us when we got there, complete with blow up bed and fairy lights.

Worth. Every. Single. Penny.

Especially when you don’t have to take it down at the end!

But this was just the first level of hospitality. You can buy all sorts of upgrades in advance and while you’re there.

If you can stretch to it – you can have it.

And that’s the point. You can only buy a premium product or service if it’s actually available to purchase in the first place!

Sounds obvious, but so many businesses overlook offering such a thing as they believe no-one would ever want it.

But there’s a reason that John Lewis sell an 85inch Ultra HD Sony Bravia TV – there isn’t a wall in my house that it would fit on but for someone it’s their dream TV and they’re flexing their debit card accordingly!

We sell many a digital package here at The Bright Click but every now and again a client is ready to pull out all of the marketing stops and if they are, then we want to make sure we can offer them what they’re looking for.

Or if it’s just a simple upsell, if you need a maintenance package to compliment your all-singing, all-dancing new website then we’ve got you 😎.

Either way – Glasto has this mastered, and if and when we return, it’s the teepee or nothing!

I hope you’ve found this email helpful and if you need any advice on how to apply any of the above to your business then you know where I am.

In the meantime it’s another day of recovery for my weary legs, and a re-run of the Pet Shop Boys on the BBC iPlayer 😊

PS the fourth lesson? I can’t hack it like I used to 😅 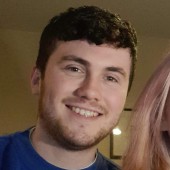 All stories by: Jacob Vint
We use cookies on our website to give you the most relevant experience by remembering your preferences and repeat visits. By clicking “Accept”, you consent to the use of ALL the cookies.
Cookie settingsACCEPT
Manage consent